You Are Here: Source Code Development

For the numerical simulation of turbomachinery flow, non-reflecting boundary conditions at the inlet and outlet boundaries are indispensable for the realistic representation of fluid physics. In the case of stationary simulations, non-reflecting boundary conditions are also required at the coupling planes of the grid rows, also known as mixing planes.

A family of such non-reflecting boundary conditions for turbomachinery simulation has been proposed by Giles [1988, 1990, 1991]. The conditions are based on a characteristic analysis of the flow state at the boundary based on the linearized two-dimensional Euler equations. Due to the wave nature of the conservation equations, incoming and outgoing disturbance waves are distinguished in a modal approach, so that flow conditions can be prescribed at the boundaries in such a way that artificial reflections are prevented. 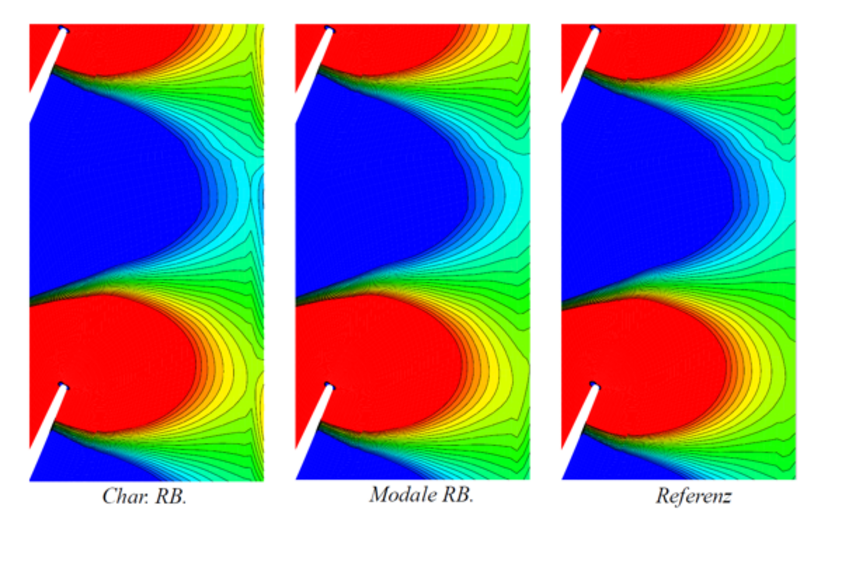 The original formulation of the Giles boundary conditions was done for a vertex-centered solution scheme in which the boundary of the computational domain is formed by vertices of the computational mesh. The flow state is therefore known on the boundary. For the application of the Giles boundary conditions in a cell-centered solution scheme, as it is used in the CFD method TRACE of the DLR Institute of Propulsion Technology, the theory has to be adapted. In a research project, a physically correct reconstruction of the flow variables on the boundary, taking into account the characteristic wave propagation, was derived (Robens). In the flow solver TRACE two reconstruction methods were implemented, which differ in how the propagation of the flow between the cell centre of the boundary cell and the boundary itself is modelled: On the one hand, a simplified modelling based on the linearized, one-dimensional Euler equations (referred to as Characteristic Boundary Conditions) and on the other hand a more precise modelling based on the linearized, two-dimensional Euler equations (referred to as Modal Boundary Conditions). The validation on relevant test cases showed the higher accuracy of the two-dimensional, modal reconstruction. 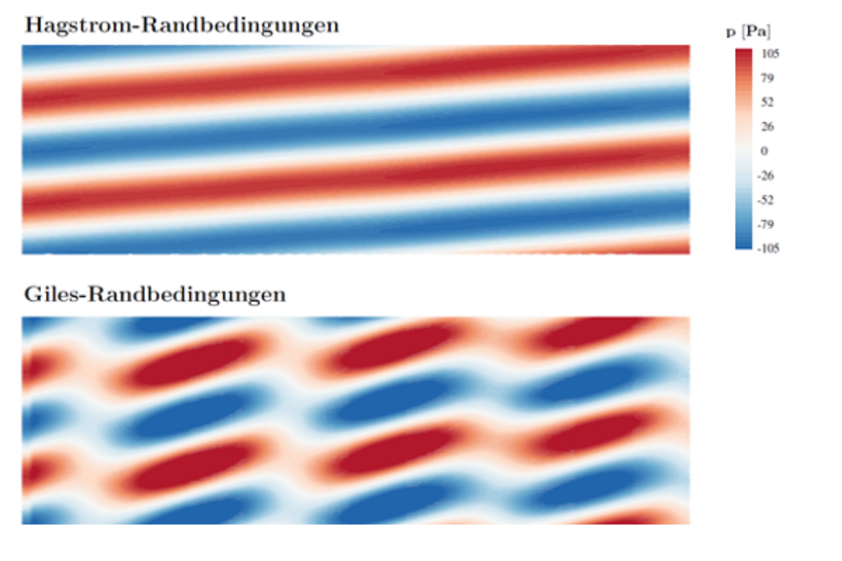