You Are Here: Wind Tunnels (IST) 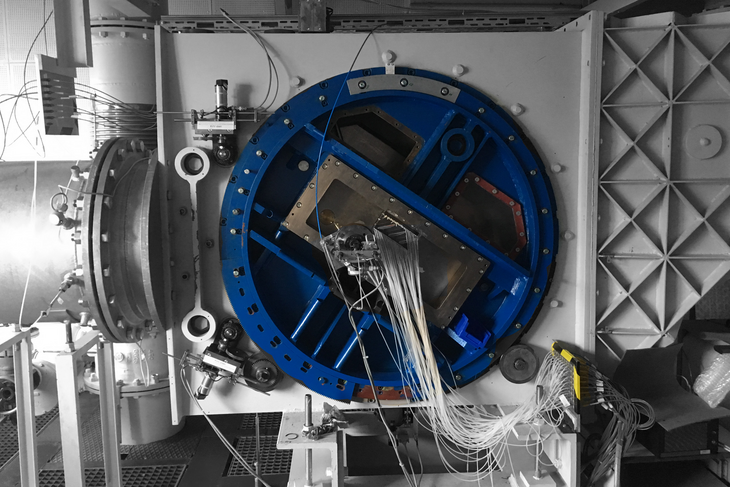 Several wind tunnels are operated at the IST in order to be able to investigate flow phenomena in detail. Due to their simple design, the test facilities can be quickly adapted to new research tasks. 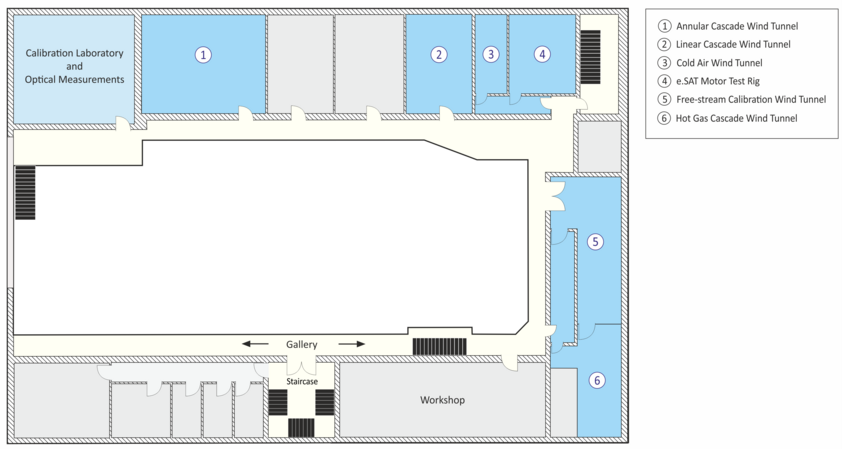 Distributed on the first floor of the large test hall are several test boxes with wind tunnels. All boxes are supplied with compressed air by the institute's own two compressors and a simultaneous operation of up to two test stands is possible.

Each box has a vibration-decoupled intermediate floor and additional connections for compressed air and water. Easy access via windows as well as cranes mounted in the boxes allow for facile and accurate installation of large components. Furthermore, the test boxes 1, 2 and 5 are equipped for class 4 laser measurements.

An engine test bench is currently being set up in Test Box 4. In addition, the other rooms contain a laboratory for calibrating pressure and temperature measurement technology, a GOM Atos Triple Scan optical measuring machine and the electronics laboratory.