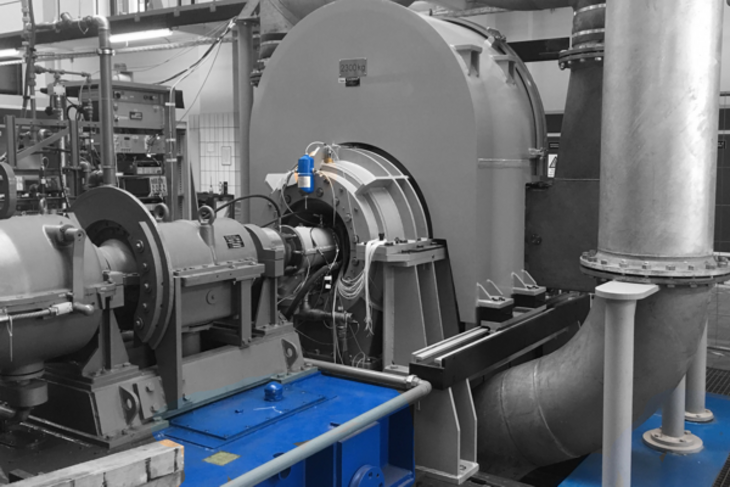 As part of the "Competence Centre for Compressors", the IST maintains a strategic partnership with the industrial partner MTU Aero Engines for joint research and development of technologies for next-generation aircraft engines. Since 2007, numerous research projects have been carried out at the IST in cooperation with MTU to investigate issues relating to the aerodynamics and aeroelasticity & aeroacoustics of compressors. 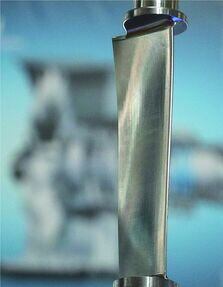 In addition to the surge limit, the efficiency of the compressor is of decisive importance, as this essentially determines the fuel consumption of the engine. In the core flow of a blade grid, the blading is flow-optimised and contributes less than half of the total losses in the compressor. Large losses are caused by gap and secondary flow. Secondary flows increase in magnitude with load, as they are caused by pressure gradients in the blading. The decelerated velocity cannot withstand the counteracting pressure gradient in the boundary layer - caused by the curvature of the core flow. As a result, flow processes occur near the wall that run perpendicular to the main flow direction and lead to local detachments, resulting in increased losses.

Modern simulation techniques for turbomachinery flow allow aerodynamicists to mitigate the causes of secondary flow by optimising the design of the blading and thus reduce secondary losses. Examples of three-dimensional blade design features are circumferential pitch (lean), sweep or contouring.

Increasing the aspect ratio of the blades in a multi-stage compressor creates additional axial space and thus increases design flexibility, for example, to fit more stages into the same axial space.

Most of the literature mentions negative effects of an increased aspect ratio on the aerodynamics and mechanics of the compressor blades. In particular, the reduction of the surge margin and the greater sensitivity to forced response and self-excited vibrations (flutter) are highlighted as motivations for the development of low-aspect-ratio blades. However, these negative effects can be greatly mitigated by three-dimensional blade designs and intentional mistuning in integral blisk design. Regarding the effect on compressor efficiency, the literature gives contradictory results. For example, both reduced, unchanged and increased efficiency is reported for increased aspect ratios.

At the IST, in cooperation with MTU, a modern HAR blading for the high-pressure compressor in blisk design of the rotors on the highly instrumented 2.5-stage axial compressor rig is being investigated. In addition to map measurements to determine the performance and operating behaviour of the compressor, the investigations focus on aeroelastic and aeroacoustic phenomena. Detailed measurements of the laminar-turbulent transition on the blades as well as the turbulent state between the grids also contribute to the validation of the numerical analysis tools.

In modern axial compressors for aircraft engines, further loss reduction can be achieved primarily in the vicinity of the side walls, where a large part of the losses result from secondary flows. Thus, in the corner area between the side wall and the blade suction side, a region of detached flow can form. Both rotors (hub side) and stators (on the side walls without radial gap) are affected by this three-dimensional flow phenomenon. Depending on the size of the separation area, related to the channel height or passage width, one speaks of corner separation (none) or corner stall (large). Corner separation results in total pressure loss on the one hand and blockage of the flow channel on the other, which can lead to flow collapse if the compressor is increasingly throttled back.

However, the leakage flow can also be used to weaken the corner separation on the hub side of cantilever stators. In this case, the leakage flow is used to flow against the secondary flow in the wall boundary layer and thus suppresses the accumulation of low-energy fluid in the corner area between the blade suction side and the hub.

In cooperation with MTU, the IST is investigating the boundary zone flow at the hub of cantilever stators on a ring grid wind tunnel with rotating hub. The focus is on the influence of the radial gap on the weakening of the corner separation as well as optimised three-dimensional blade geometries to reduce the losses caused by secondary flow. With this project, the IST is supporting the industrial partner MTU in building up expertise in the design optimisation of the rear high-pressure compressor stages.