You Are Here: Visit Hanno Fischer 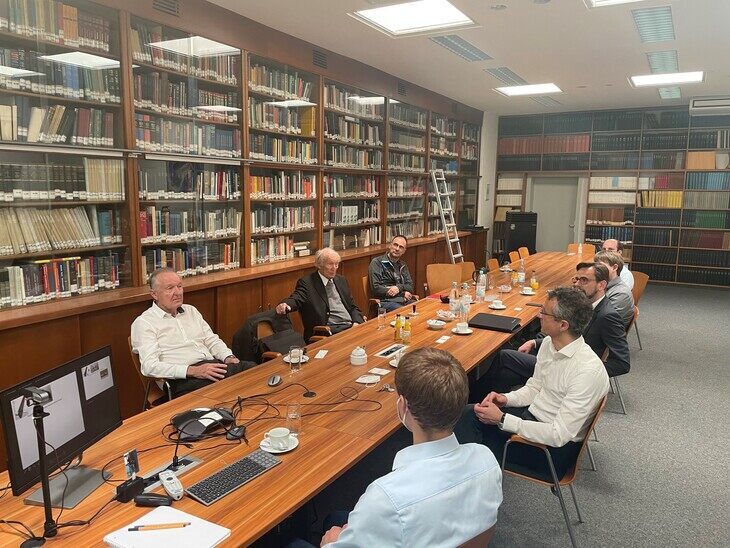 The common point of contact is the development of ducted propellers, which Hanno Fischer already researched in the 1960s and which is now a field of research at the IST. With great enthusiasm Fischer reported on the large number of aircraft he had designed since the 1950s and told of successful but also failed experiments in aviation.

To complement Mr. Fischer's history, Institute Director Prof. Jeschke gave a tour of the Institute's new test stands and experimental vehicles for testing low-noise ducted propellers, which will be installed in future aircraft for regional air mobility. In addition, the IST demonstrated the modern methods and simulation software used today to develop and optimize ducted propellers.

Even though the way in which propulsors are developed has changed considerably over the decades, the enthusiasm for the technology unites the generations of engineers. Thus, both sides have been able to learn a lot from each other. The IST thanks the Fischer family very much for the great opportunity to exchange views on the history and modernity of aviation.

Here you can find more information about Hanno Fischer.